This guide is designed to provide resources relating to LGBT history and pride month. 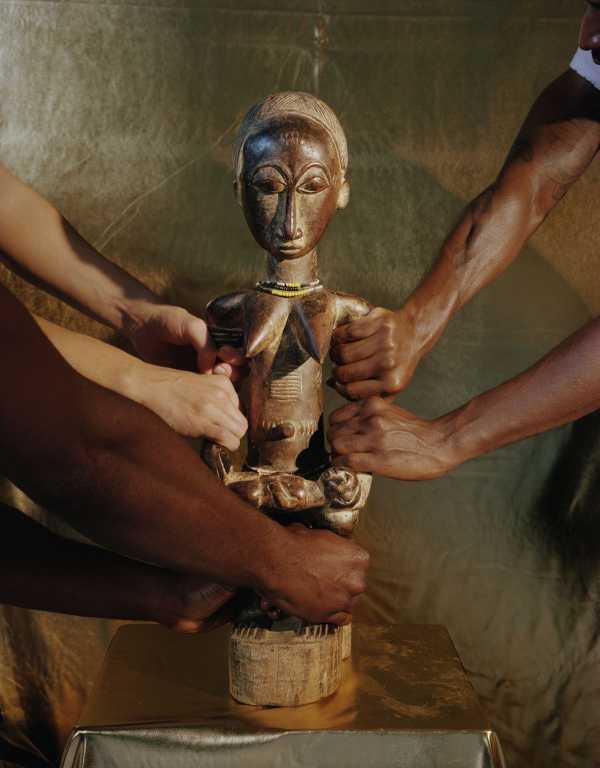 John Edmonds: A Sidelong Glance at the Brooklyn Museum in New York

John Edmonds is best known for his use of photography and video to create sensitive portraits and still lifes that center Black queer experiences and reimagine art historical precedents. This is the artist's first solo museum exhibition and features new and recent photographic portraits and still lifes of Central and West African sculptures alongside friends and acquaintances from Edmonds's creative community in New York. These works explore the intersections of representation, modernity, and identity in the African diaspora. 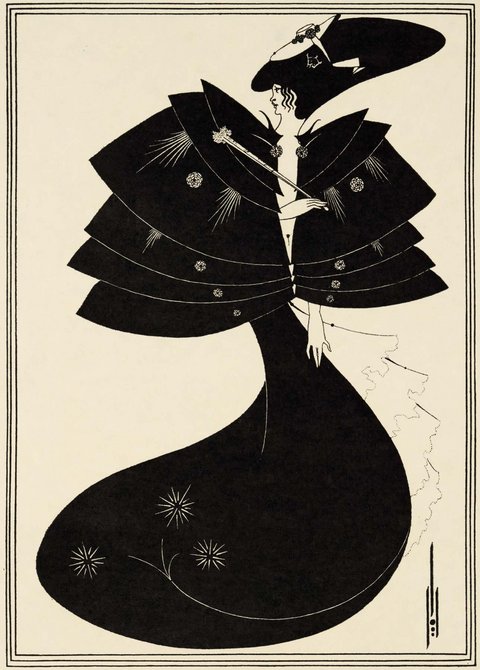 Aubrey Beardsley at the TATE in London 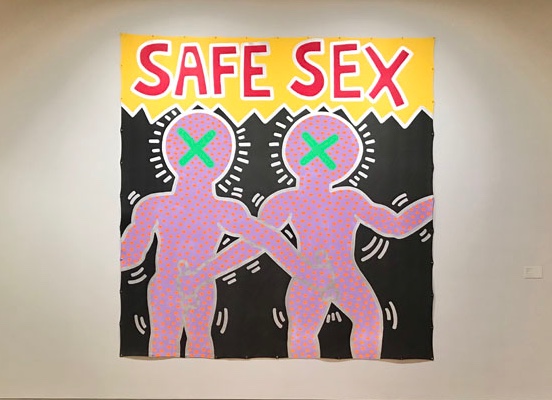 This is the first major exhibition to examine the impact on visual culture of the lesbian, gay, bisexual, transgender, and queer (LGBTQ) liberation movement sparked fifty years ago with the Stonewall Uprising. The exhibition encompasses the two crucial decades after the Stonewall riots of June 1969, exploring the many ways artists across the United States — including those who identified as straight — responded to the movement’s call for queer visibility and self-expression. 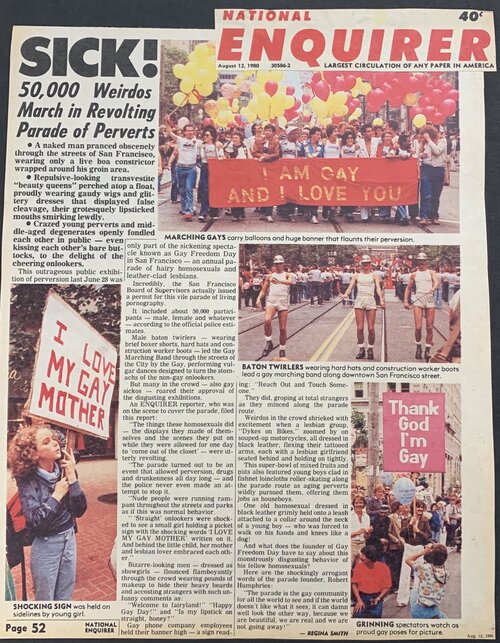 On June 27, 1970, a small group of LGBTQ people marched down Polk Street—then San Francisco’s most prominent queer neighborhood—to mark an event called “Christopher Street Liberation Day.” Commemorating the one-year anniversary of the historic Stonewall uprising on Christopher Street in New York City, the march was followed the next afternoon, June 28, by an intimate “gay-in” picnic at Speedway Meadows in Golden Gate Park.

Fifty years later, the modest gatherings of 1970 have evolved into San Francisco Pride, a globally famous annual parade and celebration. One of the city’s most beloved public festivals, Pride welcomes hundreds of thousands of participants and spectators from around the world the last weekend in June. 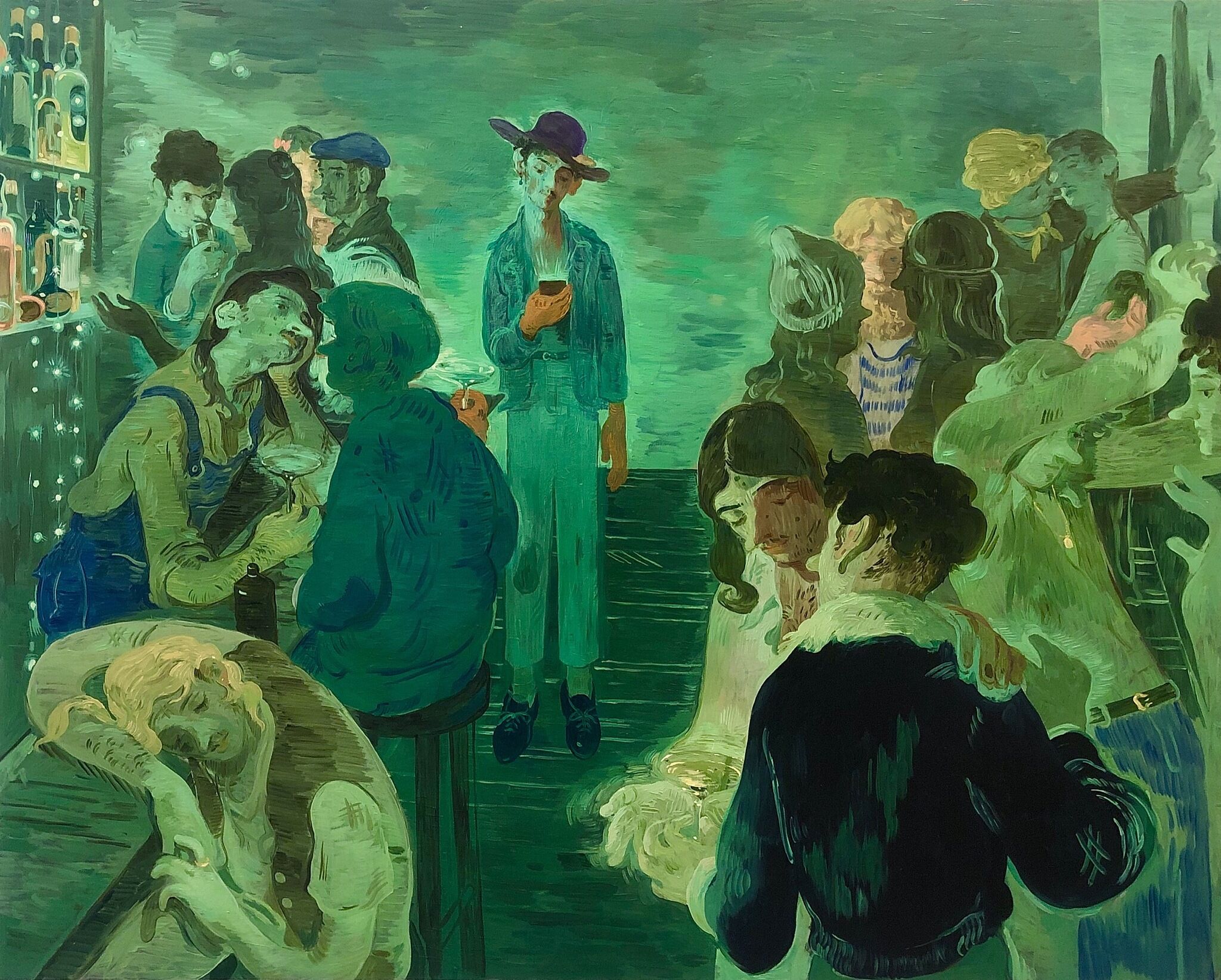 The Self as Cipher: Salman Toor’s Narrative Paintings - Whitney Museum of American Art in New York

Salman Toor paints young gay men hanging out in nightclubs, downtown apartments and in bars, often tinged with a green-hued palette (which calls to mind the works of French artist Henri de Toulouse-Lautrec). Toor paints intimate portraits of men taking selfies in bed, zoning out in social gatherings and staring blankly at phone chargers, too. As Ambika Trasi notes in the exhibition essay, the paintings are ruminations on queer south Asian men living in the diaspora, and that his work “acknowledges the precariousness of relying on aspirational beauty – and the accumulation of likes or hearts – for self-love”.

In 1991 Puerto Ricans held the first-ever Gay, Lesbian, Bisexual, Transgender and Transexual Pride march. Eight years later, director Jorge Oliver documented the 1999 Pride March, now an annual event on the island. Together with footage from the festivities are interviews with prominent Puerto Rican activists - including the first openly gay Puerto Rican candidate for the House of Representatives - working for social change. As much a document of the struggle against discrimination and ignorance, Pride in Puerto Rico also celebrates the strength of the community. Marsha P. Johnson was a revolutionary trans activist, Stonewall instigator, Andy Warhol model, drag queen, prostitute, and Saint, as well as a downtown New York City fixture. From the 1960s through her too-soon demise in 1992, Johnson persevered through a life embodied by her middle initial P, which stood for "Pay It No Mind."

The OUT List features a diverse cross-section of accomplished leaders from entertainment, business, sports and public service sharing intimate stories on childhood, understanding gender and sexuality, building careers while out and reflecting on the challenges still facing the LGBT community. Against the backdrop of historic Supreme Court hearings on same-sex marriage and financial equality, subjects recall joyous moments of acceptance and romance, along with painful instances of intolerance and discrimination, offering unique modern perspectives on being out in America. How do we create a history from a past that was hidden? Swimming with Lesbians dives into the darkest depths to find the answer. The film looks at an upstate New York community’s efforts to create an LBGT historic archive. Extraordinary lesbian activist Madeline Davis uncovers the lives and histories collected for this archive—some sad, some quirky, some tender—and all richly imagined through the Blue Sky lens. The film share’s Davis’s mission to create a lasting legacy for the LBGT community: “We are ephemeral. This is for the ages.”

History of the Pride Movement (available online via SJSU Library)

Ashley Achee is a LIS student at San Jose State.

You can email her here.